1. Samsung’s Next Smartwatch May Turn Fiction Into Reality

Samsung may take us all by surprise when it brings out its next smartwatch. The smartwatch may prove to be an interesting thing up our sleeves. A new patent by Korean electronics giant suggests that they could be working on display technology that lets a smartwatch project onto an adjacent surface.

The patent also provides an insight into how the contours patterns of the palm or the back of a hand can be used to create a virtual skin-based display, and how fingers can be incorporated into a gesture based control system. The sketches that accompany the USPTO listing demonstrate that the potential new wearable could also extend its display to a nearby wall or even a flat surface, such as a table, that the user is near.

Mining the data from wearable devices is proving increasingly vital for healthcare systems and marketing, in order to inform how they improve the experiences of those seeking a better standard of healthcare services. 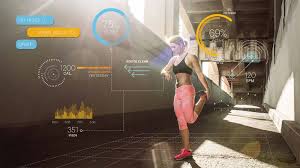 Reports claim that self-diagnosis was considered highly inaccurate but found that the evolution of wearable technology, including health and fitness apps, provided there are ways to capture data, can lead to better understanding of patient’s conditions. Wearables connect with the user’s phones, which stores the data being monitored on the physical activities being undertaken by that user, in turn creating graphs that allow them to compare and contrast their physical activity each day. That can then be shared with their healthcare provider for a more personal level of service. Wearables may have taken the digital health technology by storm, but something new might be all the rage. From gadgets like Fitbits and a whole spectrum of stupidity and genius in between, wearable technology now allows you to monitor your activities like never before. But given that wearable tech only comes in contact with skin, it has its limitations. This has paved way for a much reliable and nacent technology  which is set to revolutionlize how you monitor your health: The Swallowables.

Proteus Digital Health has designed a sensor called the Ingestion Event Marker (IEM) that can be attached to pills and ingested. Once ingested, the sensor reacts with stomach fluids that power it. It then sends a time-stamped signal about the details of the ingested pill to a wearable patch worn by the user. The patch, which is Bluetooth enabled, then sends the details of every pill swallowed to a smartphone app, or to the cloud so that it can be monitored by family, doctors or caregivers. But swallowables aren’t just to monitor health. In some cases, they can actually do a world of good while inside you.

A recent report by research firm Kantar Worldpanel that broke down wearable buying patterns  confirms that Americans really love their gadgetry, buying almost twice the number of smartwatches and fitness wearables than Western Europeans. According to the report an average of only 6.6% of consumers in the EU4 nations viz., Germany, France, the U.K. and Italy owned a fitness device or smartwatch compared to a hefty 12.2% of those in the U.S. 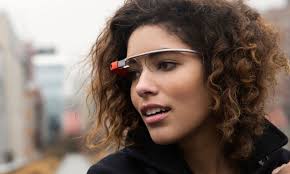 Also the report highlights that Europeans showed a slight preference for smartwatches (55.2%) over fitness wearables. An interesting detail in the report reveals that 39% of all smartwatches purchased by Europeans were to replace non-connected timepieces, indicating that the competition between smartwatches and traditional watches is heating up.

Hyundai has announced that it was working on a robotic exoskeleton suit, which it compared to an Iron Man suit. The Korean car company has built a suit that people can strap themselves into that will assist them with walking or carrying heavy objects. According to Yonhap, it can help someone pick up objects that weigh 60kg (about 132lbs), although Hyundai didn’t say whether it had built-in rocket jets or if it could shoot energy beams from its hands.

The suit is apparently an update to the H-LEX, Hyundai Lifecaring ExoSkeleton suit that debuted last year, which could have applications both in the military, and on factory floors.  Sadly, there is no proper information about when these robotic suits would be available to the public.

GET Health is a unified API solution to access data from hundreds of wearables and medical devices.