1. Smart Clothing: The Future of Wearables

The wearable tech market is full of fitness-obsessed products. It’s only a matter of time before having smart clothes and accessories becomes the norm and people start to wonder why they’d even bother buying a piece of clothing if it isn’t smart. Since we wear clothing all the time, making the fabric that covers your body smarter would make it easier than ever to keep tabs on your overall wellness without forcing you to go to the gym, or wear anything that you wouldn’t normally wear.

Google’s Project Jacquard in collaboration with Levi Strauss will be bringing out first such wearable tech product: a denim commuter jacket for urban cyclists.

Although it is clearly a piece of highly sophisticated technology, the jacket will be indistinguishable from a normal denim jacket, and can even be sent through the washing machine. The only visible bit of technology is a small clip located on the left sleeve cuff, though the intelligent material that the jacket is made from means that users merely have to touch its fabric to interact with their smartphones. Designed specifically to meet the needs of urban cyclists, the denim is fabricated from a conductive yarn that enables touch interactivity. Users can tap, swipe or hold on the left cuff of the sleeve to carry out simple tasks like changing music tracks, blocking or answering calls or accessing navigation information essentially delivered by voice. These functions can be easily sustained while riding, instead of having to pull a phone out to do them. Though other companies may be able to achieve similar technological integration, Project Jacquard claims it has seamlessly developed wearable tech that isn’t obviously tech.

Scientists at Harvard University have created a new technology that might transform the wearable tech industry.  They have developed an incredible new 3D printer that appears to make metal objects out of thin air. Earlier 3D printers were unable to produce certain designs because of their need to be fixed to a frame for support. But the new model can create intricate designs that incorporate loops, curves and bends due to the lack of support needed. This could spell a new wave in the design and popularity of wearables. This magical device was unveiled by Harvard’s Wyss Institute earlier this month.

The pen uses ink made up of silver nano particles, which harden when they are solidified by a laser. The particle stream and the laser beam come out from the tip of the pen simultaneously.The amazing pen can also draw metallic pieces as thin as a strand of human hair. This could work wonders if used to make metallic parts for medical devices and wearables.

Designed a San Francisco-based medical device maker, BACtrack Skyn is wearable device that measures blood alcohol content (BAC) from the sweat on the skin. It connects to a smartphone via bluetooth technology, allowing the user to track their alcohol intake, even alerting the user’s phone when they are drinking too much. Device helps doctors accurately measure patient’s drinking history, and not just depend on most recent tests. 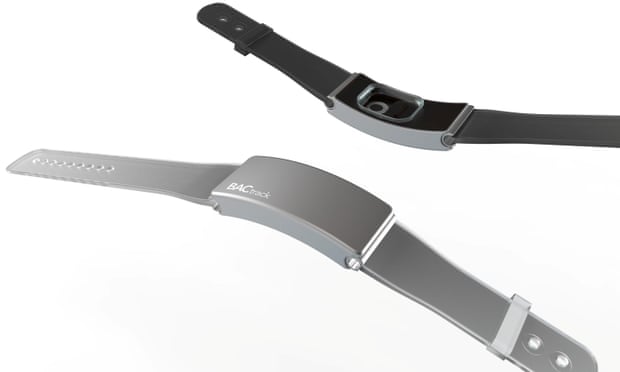 The device in its current form will not, however, be a substitute for breathalyzers or blood tests used by law enforcement, because the device does not provide real-time blood-alcohol levels.

BACtrack won the cash prize of $200,000 in the Wearable Biosensor Challenge started by the National Institute on Alcohol Abuse and Alcoholism(NIAAA), for this wristband. The challenge kicked off in March as way of encouraging discreet wearables that improve on the current approaches to measuring blood alcohol content (BAC).

Researchers at the University of California-San Diego have developed the first flexible wearable device that has the potential to monitor both biochemical and electric signals in the human body. The device called as ‘Chem-Phys’, which includes a flexible suite of sensors and a small electronic board, patches and records electrocardiogram (ECG) heart signals and tracks levels of lactate—a biochemical that is a marker of physical effort, in real time. According to the researchers, one of the overarching goals of this research was to build a wearable tricorder like device that can measure simultaneously a whole suite of chemical, physical and electrophysiological signals continuously throughout the day. The tiny device, made by screen printing on to a flexible polymer sheet, can be applied directly to the skin and communicates wirelessly with a phone, smart watch or laptop.

The device can also transmit the data from biochemical and electrical signals via Bluetooth. Combining information about heart rate and lactate — a first in the field of wearable sensors  could be especially useful for athletes wanting to improve their performance. The device can also be helpful for physicians to monitor patients with heart disease.

Many people find traveling across countries a life changing experience. But it happens to be somewhat daunting one if you are traveling to a country and don’t understand or speak the language.

Waverly Labs  have developed a wearable device called Pilot, which will definitely bail you out of that daunting situation. Pilot is an earpiece that translates languages in realtime. If you are wearing the earpiece and speaking to someone who only speaks German, in your earpiece you will hear what they are saying in English. The person that you speaking too, also wears an earpiece. Pilot works in conduction with an app. The app lets you choose between different languages.

For launch, Pilot will allow for you to choose between European based Romance and Germanic languages. Other languages such s Slavic, Semitic, Hindi and East Asian will be made available at a later time.

GET Health is a unified API solution to access data from hundreds of wearables and medical devices.